Understanding the Effects Stress Can Have On Your Health

Research shows that stress can be detrimental to your health.

Relieving stress is likely the most recognizable phrase used to promote massage. The term stress, as we understand it today, was coined in 1936 by Austrian-Canadian endocrinologist, János Hugo Bruno “Hans” Selye.

Selye defined stress as the “nonspecific response of the body to any demand, whether it is caused by, or results in, pleasant or unpleasant conditions.” 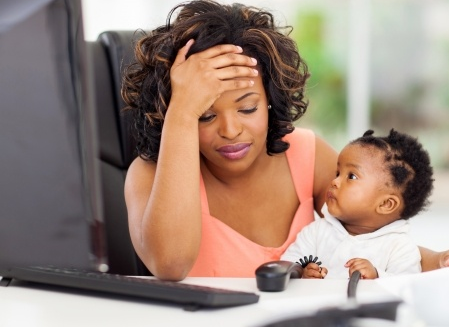 While performing numerous experiments on laboratory animals that were subjected to acute though different noxious physical and emotional stimuli, he concluded that the animals exhibited pathological changes of stomach ulcerations, shrinkage of lymphoid tissue and/or an enlargement of the adrenals. He later demonstrated that persistent stress could cause these animals to develop various diseases similar to those seen in humans, such as heart attacks, stroke, kidney disease and rheumatoid arthritis.

This was ground-breaking news because, back then, the medical community believed that most diseases were caused by specific though different pathogens.

Selye was now saying the opposite, namely that many different insults (stressors) could cause the same disease, not only in animals, but in humans as well.

His theories soon attracted considerable attention and “stress” quickly became a popular buzzword. Disregarding Selye’s original definition, people were using the word to refer to anything that was bothering them. As a result, Selye created two words: 1) stressor, used to distinguish the stimulus from the response; and, 2) eustress, used to describe good stress.

Selye is also credited with identifying that the body experiences three stages when dealing with stress:

During the resistance stage, stress can negatively affect most, if not all of the major systems of your body. The integumentary system (skin, hair and nails) may, for example, experience itching or hives. The digestive system could lead to excessive belching/flatulence, constipation or diarrhea. The nervous system triggers responses from the other systems such as raising blood pressure or a reduced sex drive. If the musculoskeletal system is affected, you could grind your teeth, get frequent headaches or tap your fingers incessantly. There are dozens of other signs and symptoms of stress that include stuttering, frequent sighing, racing thoughts, being indecisive or disorganized.

Massage is one of the most natural methods used to relieve stress. It helps calm the nervous system and it helps the other systems function properly. If you are ready to feel better, call today to schedule your next session!

Libby Winterhalter, a licensed massage therapist (LMT), has been in private practice since July 2004. She graduated from SHI Integrative Medical Massage School, then located in Lebanon, Ohio. Prior to that, she received a Bachelor of Art’s degree in Communications along with a minor in Religious Studies from the College of Mount St. Joseph in 2001. Libby has also worked both in the corporate world and she served as a Journalist for the United States Navy for 22 years from which she is now retired. She is an active member of the American Bodyworkers and Massage Professionals Association (ABMP).

Libby is looking forward to expanding her practice and working with such an accomplished group of healthcare providers.